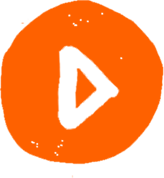 Championing visualisation in the workplace with Nuzakat Ali 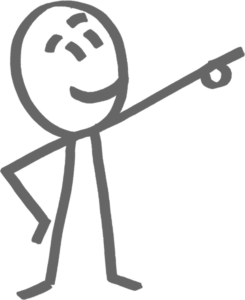 Nuzakat admits, she’s never been a fan of plain text.

I’ve always loved colour and have been interested in doing things differently, in such a way that leaves something in people’s memories. You might not remember the text on the board, but you will remember a picture. A picture will stay with you for much longer and it helps everybody to be aligned.

As a developer, later a business analyst and then an iteration manager, Nuzakat found client meetings with text only bland and inefficient. “I was going to client sites trying to understand their vision and needs, and each time there would be just phrases on the board. I longed for something more.”

But Nuzakat didn’t think she was good at drawing, so she shied away from it.

Working on a project at MYOB a few years later, Nuzakat was impressed with the visualisation culture there at the time. “I’d walk around the office and see these lovely images. Everything was visually presented rather than just written on the board, so I thought I’d better learn how to do it!”

A lot of people mentioned bikablo® and Nuzakat wanted to give it a go. Unfortunately, her then employer didn’t believe it was a necessary consultant skill. “I disagreed because as a consultant you are constantly facilitating and recording information, and you’d want your clients to be aligned and leave with a great image, rather than with text you can forget. But maybe I didn’t put up a good business case.”

Nuzakat went on with her work, but the thought of upping her visualisation game wouldn’t let on. “I’d hold these meetings and attempt to draw, but I was too slow and not good at it, and people would ask me to just write it down.” She approached her management again, and again her request was rejected. She did it anyway.

“I always thought I could only draw stick figures, but I found bikablo® easy to learn.”

After leaving consulting Nuzakat went to AGL, where she again began to sneak visualisation in her work. “I started by creating visualisations of user journeys and task lists. I’d put them up and once I heard a couple of comments, I began to sign my posters and include information on how to learn the technique.” Nuzakat inspired a few of her colleagues who followed suit and did training with Visual Friends.

Having come full circle, Nuzakat is now championing visualisation at MYOB, the place that inspired her to begin her visualisation journey in the first place. After a restructure, the culture in the company has changed and visualisation is no longer front and centre, something that Nuzakat is trying to turn around.

She helped promote visualisation ‘lunch and learn’ sessions and volunteered to help organise Visual Friends Meetup. Nuzakat was also an MYOB host for the first-ever Australian Visualisation Conference held last year. It was a great success and VizConf 2019 is returning to MYOB in October 2019.

“At MYOB we are always looking for new ways to do things, and a lot of people here are very visual.”

Although Nuzakat’s new role doesn’t allow her to practise visualisation daily, she is not giving up. For now, she practices by creating visual summaries of the business books she’s reading, attends the meetup and looks forward to the next Visualisation Conference. Nuzakat is also considering becoming a Visual Friends Leader, an initiative for those Visual Friends students who are passionate about the craft and want to champion it at their workplace.

Visualisation is now firmly part of her career regardless of her future roles.

It’s so impactful. You see these lovely colourful images up on the wall, you can take the information in one glance and understand the message without a ton of words. I think it’s really inspiring and motivating that anyone can do this, you just have to try. It’s simple, it’s concise, it’s beautiful to look at and it’s a much better way to convey a message.

Do you want to start a visual revolution in your workplace? Come to one of our courses, attend a meetup or join us on slack. Keen to learn more – have a look at other stories on our website and listen to the Visual Friends radio. 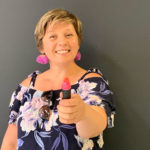 The article was written by Natalia Tsygankova. Natalia has always loved words and talking to people. She has put that passion to good use and has been sharing people’s stories in the community radio, TV and print media for the last 10 years. Natalia is also a big fan of true storytelling events and regularly volunteers at the most famous one – The Moth, interviewing the winner. You can hear her own story of moving to Australia from Russia in 1999 here. Natalia believes that everyone has a story – So what’s yours? Contact her today to share your story. 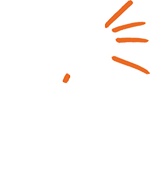